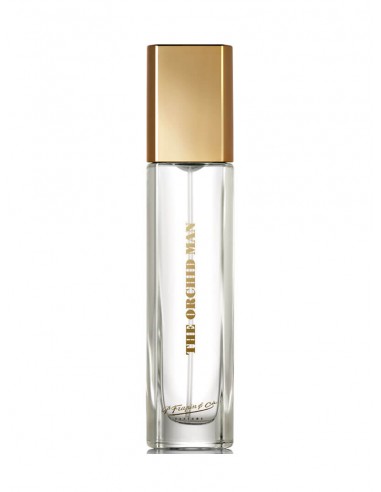 Boxing, like perfume, is about facing yourself. An encounter of rituals and studied gestures. It is also a moment of violence that must be elegant. Governed by precise rules and respect for the opponent, boxing became a gentleman’s sport at the end of the 19th century. David Frossard, an expert of the boxing world, took all of this into consideration when he launched the idea for a fresh, elegant, powerful and virile perfume. Jérôme Epinette, whom he met several years earlier, has been entrusted with the interpretation of this world which is both animal and cerebral.

0422
€135.00
Eau de Parfum, 100ml It is in the Renaissance that perfume, a princely pastime in Italian courts, became an art in France. And when François Rabelais imagined the Abbey of Thelema as a utopian centre of humanist culture, he included the use of the most delicate fragrances – rose water, orange blossom water and ‘angel water’ – among the refined pleasures...

0736
€135.00
Eau de Parfum, 100ml "A perfume to offer to all men. Simple, masculine, like a white shirt, it brings out the best in everyone. A nod to the serene virility of those who always keep a smile on their lips." - Jean-Daniel Montabrut, barman at Liquides
Tap to zoom