Emblematic of the French art of living, Frapin, an artisanal and family-owned company, has been proposing a reflection on masculine olfactory elegance since 2004. Under the artistic direction of David Frossard, the company develops exceptional fragrances inspired by the art of living in general. Timeless raw materials, ancestral know-how and refined emotions distinguish the spirit of the house and its sophisticated compositions. Elegant, these perfumes offer to those who wear them, freedom to express their style and uniqueness. Resolutely turned towards masculinity, Frapin likes to venture into all the fields that men invest with naturalness, intensity, authenticity and even bravery.

The fragrances of a style that of the "gentleman farmer" par excellence, where beauty and goodness are combined in the present. The style of an exceptional family, which has been established in the Charente since the thirteenth century. A family with eminent members, the most famous of whom is certainly François Rabelais, to whom the perfume L'Humaniste pays tribute. Perfumes that tell more masculine stories, boxing, speed, literature but whose notes appeal to women as well as men. From Edgar Allan Poe to Rudyard Kipling, from Gustave Eiffel to the Tourist Trophy, let yourself be carried away by these refined, powerful and racy olfactory tales. To wear Frapin is to distinguish oneself by a very "Frenchy" refinement, at the border of the man of action and the man of letters, the perfume of a complete man.

After completing his studies in philosophy, David Frossard started out in the family business which sold perfumes and cosmetics in Africa. Keen to strike out on his own, he joined L’Artisan Parfumeur where he was appointed Head of Exports. In 2005, the young entrepreneur founded Différentes Latitudes, a company specialising in supporting ‘indie’ perfume brands. He successfully launched the leading brands in this sector: BYREDO, Juliette Has a Gun, Atelier Cologne, Memo, BDK Parfums, Liquides Imaginaires, Ella K, etc.  He also took over the artistic direction of Frapin to develop fragrances in tribute to this beautiful House. In 2013 he created the "Bar à Parfums" Liquides and in the fall of 2020, he finally allowed himself to create his own perfume brand OBVIOUS. 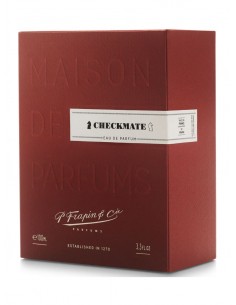 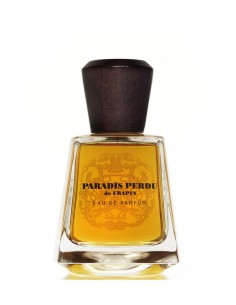